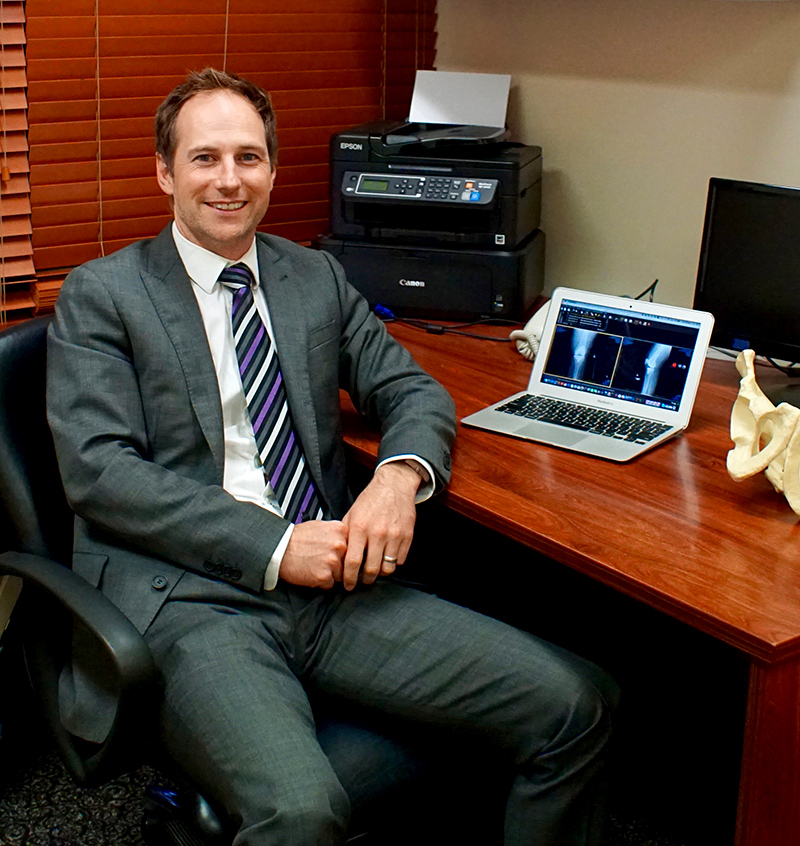 Dr Bjorn Smith was born and raised in Adelaide, South Australia. He attended St Peter’s College before undertaking a bachelor of Physiotherapy at the University of South Australia. During that time he played in the National Hockey League, representing the Adelaide Hotshots.

In 1999 he moved to Brisbane to study medicine at the University of Queensland. Having completed his medical training, he worked as an intern at the Flinders Medical Centre in Adelaide. His resident medical officer years were spent at the Royal Brisbane Hospital and Prince Charles Hospital in Brisbane and the Footscray and Sunshine Hospitals in Melbourne.

His interest in orthopaedics led him to spend some time studying abroad. In 2005 he spent a year working at the Princess Elizabeth Orthopaedic Centre in Exeter, UK. There he undertook a Masters of Orthopaedics studying hip acetabular (socket) cementing techniques.

Upon his return to Australia, he was accepted onto the Queensland orthopaedic surgical training program. After completing his orthopaedic training, Dr Smith undertook subspecialist (fellowship) training in Melbourne and Sydney. Dr Smith received training in hip arthroscopy from world-renowned hip arthroscopist, Mr John O’Donnell. He travelled to Sydney and worked with Dr Michael Solomon from the Prince of Wales Hospital where he learned to perform minimally invasive anterior total hip replacement surgery.

In 2015 Dr Smith returned to Brisbane to take up public posts as a staff specialist orthopaedic surgeon at the Royal Brisbane Hospital and the Mater Hospital South Brisbane.

He opened his private practice at The Wesley Hospital in December, 2015. Dr Smith contributes to the teaching of University of Queensland medical students across all three hospitals in which he consults. He is a member of the Royal Australasian College of Surgeons clinical examination committee, writing and administering examinations for junior surgeons. He is also a member of the infection control and prevention committee of The Wesley Hospital.

Dr Smith is married and has three young children. He is an avid gardener, bonsai grower and fisherman.

Please contact our clinic based at The Wesley Medical Centre in Brisbane.